“It’s with real sadness I have to announce my retirement from the game with immediate effect.

“I was diagnosed with epilepsy last season, which is thought to be from multiple head traumas and has led to a degree of brain injury. I’ve done everything in my power to keep playing, however, there comes a point when you realise you need to listen to medical experts and also do what’s best for your wellbeing.

“I’m keen to stress there are many different types of epilepsy and I’m fortunate to only suffer from it in a mild way compared to some. Naturally though, it has proved too difficult to continue as a professional athlete.

“I have been working closely with my medical team and consultant for many months and hoped this was something that could be managed in order for me to continue playing but sadly this isn’t the case.

“I’m extremely grateful to the Warriors medical staff and management for all the support they have given me during this time. I’d like to thank each player, member of staff and the supporters associated with every team I have played for throughout my career.

“I’ll always remember my beginnings at Pembroke RFC before starting professional life at Swansea RFC. I was proud to captain the All Whites when they were still a professional club. Then came the formation of the Ospreys which was a really exciting time.

“To go on and represent the region for ten years, winning four league titles and an Anglo-Welsh cup is something I’ll always remember. It’s great to see the region so established with such a strong culture there and I’ll always regard myself as a true Osprey.

“I’ve really enjoyed my time with Worcester Warriors which has obviously been a transitional time for the Club.

“My last memories on a rugby pitch will always be the two-legged play-off final against Bristol and that is something that will stay with me forever.

“Everyone at the Club has been great to me and I wish them every success for the future, none more so than the loyal Warriors supporters. I have no doubt that will be the case with the facilities, coaches and vision the Club has, from the Board level down to the Academy.

“I must say though the highlight of my career has been representing Wales. I grew up as a mad Welsh rugby fan and to have played with so many great players, won two Grand Slams, played in two World Cups and gained 67 caps, is something I used to dream about as a youngster.

“In regards to the immediate future, I’m going to take some time out but have no doubt I’ll stay involved with the game in some capacity. I’d also like to get involved with charity work specifically related to head injury and help people gain a better understanding of what trauma can cause and how to deal with it.

“I’ve learnt a huge amount during the last few months about head trauma, seizures and epilepsy, and it would be great if I could help out in some way.

“At the elite level of the game I think the unions and medical departments of clubs do a great job and have a great understanding but I still think it’s the players who need more educating about the warning signs and getting out of that ‘digging in’ mentality.

“Grass roots also need as much help and support as possible in regards to this subject.

“I must stress however, in no way would I discourage anyone from playing the game that has given me so much. Also in no way do I regret anything about my rugby career and I wouldn’t change a thing.

“Lastly, I’d like to thank my beautiful family – my wife Laura for the support she has always given me, especially over the last 12 months during what must have been a worrying time for her, and my two children Kobi and Maya who make me smile every day. I look forward to putting them first and enjoying an exciting future together.

“I have always played the game I love for personal desire but also to make my whole family proud – in particular my mum Elizabeth who has done so much for me in my life, not only in terms of support, but instilling good values and shaping me as a person – and also my sister Nicola and my late father Adrian who died in 2004 – but proud he saw me pull on the red jersey.

“I will always remember fondly the trophies and accolades won, but for me the game of rugby is about the people you meet along the way. I hope I’ve been a good teammate and have shared some hilarious experiences with many great lads.

“Thanks to every one of you. It’s been an absolute pleasure.” 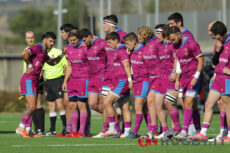 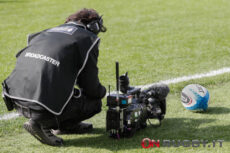 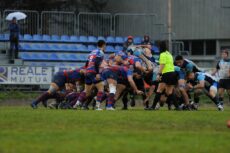 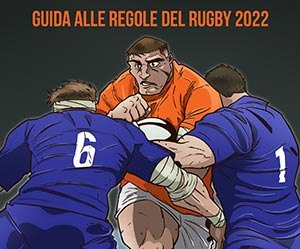 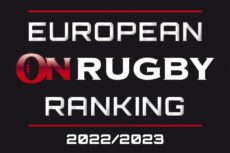